More than 63% of the Australian population owns a pet with 53% owning a dog or a cat.  A breakdown of Australia Pet population is shown below. 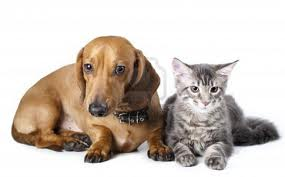 Pet care is a large and growing industry in Australia it contributes over $4.7 billion to the economy and employs over 44,000 people.  Of the $4.7 billion expenditure 58% is dogs, 28% cats and 14% other pets.  The annual spend on Veterinary services is estimated to be over $1.1 billion pa.

How much are vet costs and pet insurance claims?

As we know vet bills can be expensive.  An overview of common vet insurance claims sorted by average claim size is below.  The claim amounts include the cost of medicines, vet fees and other associated expenses.

Whilst the average claim can fall between $200 to $2,600 dollars, sometimes it can blow out to over $25,000.  For the small cost of Pet Insurance you can protect your finances and the health of your pet from the worst case scenario.

15% discount when you buy online.

Read the Product Disclosure Statement before purchasing any insurance product, and consider obtaining professional advice. For more information, please see the terms and conditions below.